Like so many around the world, yesterday’s tragic news of the death of Diego Maradona at 60 years-old shocked and devastated us. Having made his debut at just 15, dazzled La Bombonera, ignited a mass brawl in a Copa Del Rey final, ’single-handedly’ won a World Cup and became affectionately known as ‘Don Diego’ in Naples, words alone simply cannot do the man justice.

So at FSC we decided to pay tribute the best way we know: by taking you through the career of one of the greatest players the game has ever known, and highlighting some of the legendary shirts that Maradona wore whilst dazzling all of us with his talent.

This is Diego Maradona’s career in shirts.

A teenage prodigy in Argentina

Born in the outskirts of Buenos Aires, a young Diego’s talents were obvious from an early age as he pulled on the all-red kit of Argentinos Juniors ten days before his 16th birthday. 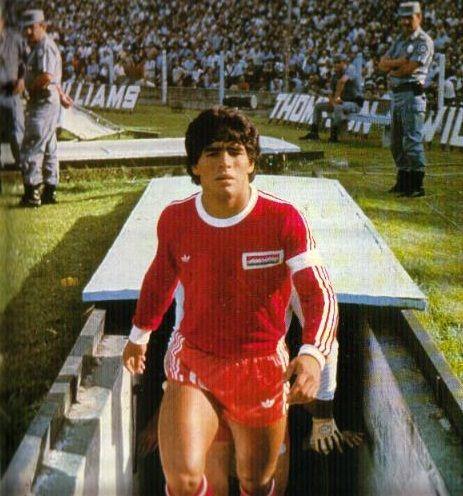 But his youth proved no barrier, as became famous across Argentina for his prodigious talents, earning a move to one of the biggest and most passionate clubs in world football: Boca Juniors.

Maradona became an icon for millions in Argentina whilst playing for Boca Juniors, wearing that beautifully simple blue and yellow shirt 🔵🟡 pic.twitter.com/Yh1kCMVicl

Despite only spending one season with Boca, it gave Diego a worldwide platform, and the images of a younger Maradona taking to La Bombanera’s pitch wearing that famous blue and yellow shirt are both nostalgic and beautiful.

He would later return to spend his final two seasons as a professional in Buenos Aires, and while he may not have been at the levels he set over a decade earlier, it was always a treat to see Diego back in a Boca shirt. 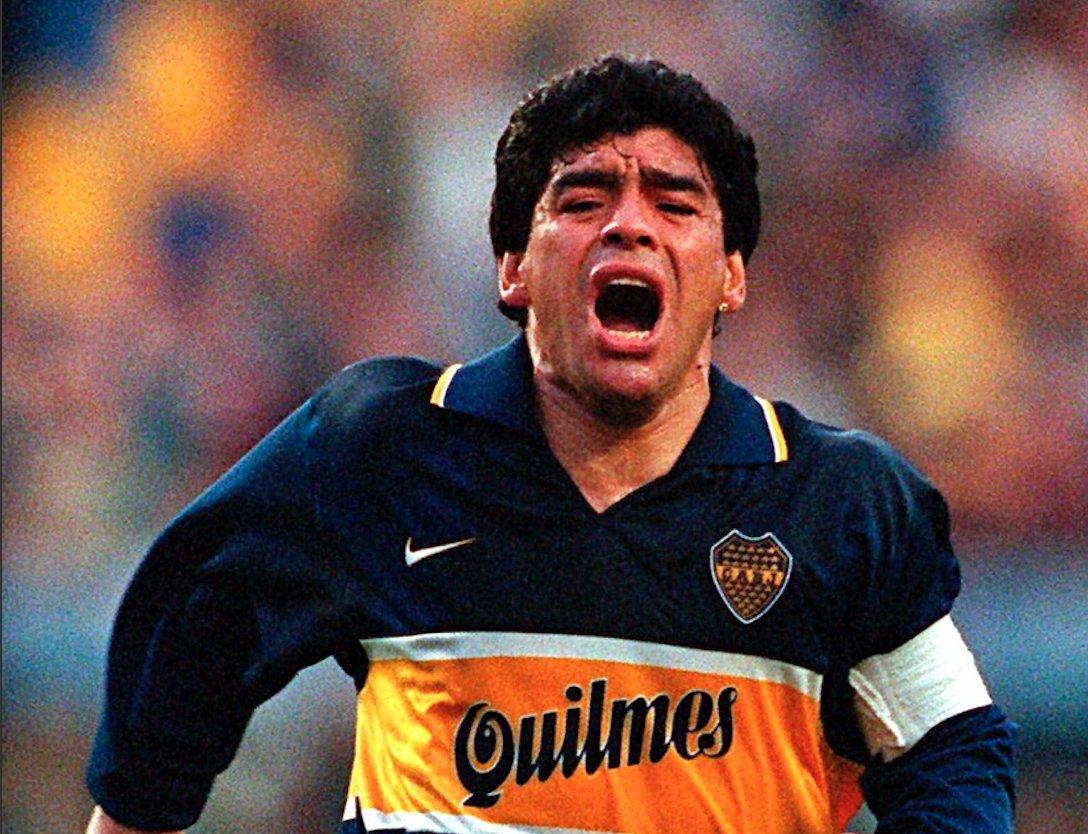 Following that solitary season at La Bombonera, Maradona moved to Barcelona for a world record fee in 1982. He made good on that fee, winning the 1983 Copa Del Rey during his first season with the club, before a serious injury hampered his form.

Nonetheless, at Barça he wore some of Blaugrana’s most famous Meyba jerseys, becoming a symbol of both the club and the brand in the 1980s. Truly, no one else could pull off a perm, gold chain and Puma Kings combo quite like Diego Maradona.

Following an infamous brawl instigated by Maradona in the 1984 Copa Del Rey final against Athletic Bilbao, the Argentine was forced out of Catalonia and found himself in the unfamiliar surroundings of Naples, signing for SSC Napoli for yet another world record fee.

But it was in Naples that he made his greatest mark in Europe, winning 2 Scudettos and a UEFA Cup 🔵🔵 pic.twitter.com/w7BLS7fGtx

It was in Serie A that Maradona’s career in European football peaked, as his talents raised the levels of the entire team, culminating in two Scudettos and one UEFA cup title, all done while wearing the shirts of cult favourite brand NR (Ennere) with iconic sponsors like Mars and Buitoni.

This spell endeared Maradona to Neopolitans, and the esteem in which they hold him is clear to see when walking through the streets of Naples today.

The greatest player ever to wear a Spurs shirt

If asked for the answer to the statement above, likely answers might include Jimmy Greaves, Glenn Hoddle or Harry Kane. Unfortunately, all of those answers would be wrong, thanks to a very special night at White Hart Lane in May 1986.

It was Tottenham midfielder, and fellow Argentinian, Ossie Ardiles’ testimonial, and he had convinced his compatriot to turnout for the North London club. Wearing Clive Allen’s spare boots and a Spurs’ Hummel jersey, Maradona joined Glenn Hoddle, Clive Allen and Ossie Ardiles in what could be one of the most technically gifted midfields ever assembled. 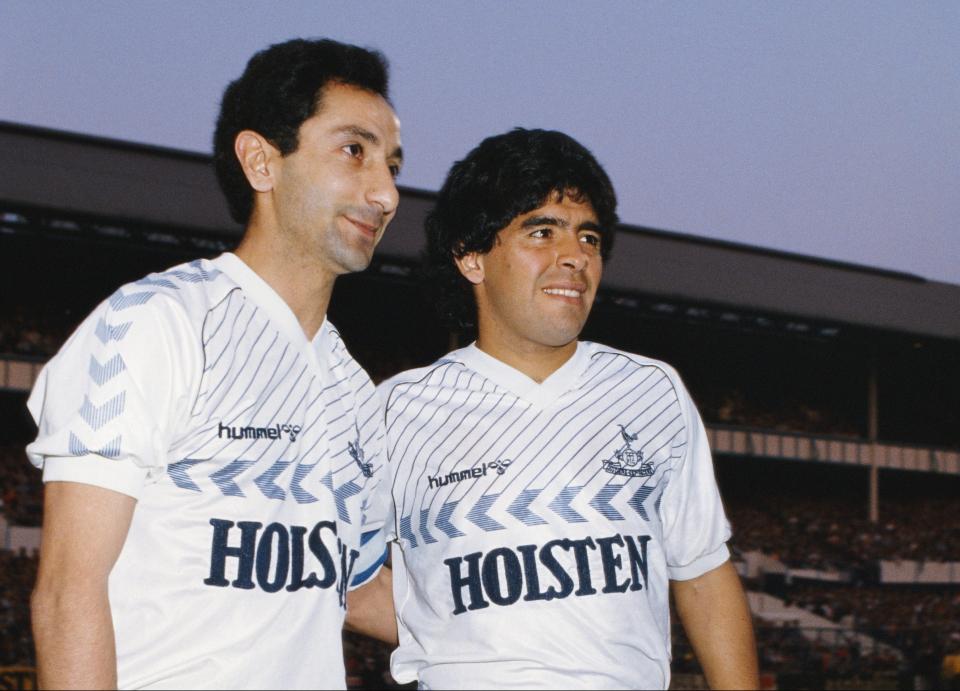 Champion of the world

Swiftly following that one-off appearance for Spurs, Maradona travelled to Mexico for the 1986 World Cup, and whilst there achieved the apex of his career. Captaining his nation, Maradona led – and at times dragged – Argentina to glory, as they beat West Germany in the final.

Visions of Maradona’s shining blue shirt casually pulling away with ease from bereft England players is iconic even to this day, as are the more infamous events of the ‘Hand of God’ and that celebration during the 1994 World Cup. He ended his Argentina career as their all-time top scorer, and undoubtedly provided some of football’s most memorable moments wearing the blue and white of La Albiceleste.

He ended his Argentina career as their all-time top scorer, and provided some of football’s most memorable moments wearing the blue and white of La Albiceleste 🔵⚪️ pic.twitter.com/gW9fnE5AuV

Another fallout at Napoli led to his extraordinary tenure in Naples ending in 1991, giving Maradona the chance to return to Spain with Sevilla. Despite only being a season-long spell, the World Cup winner added this Sevilla shirt and its Super Nintendo sponsor to his list of cult classic shirts. 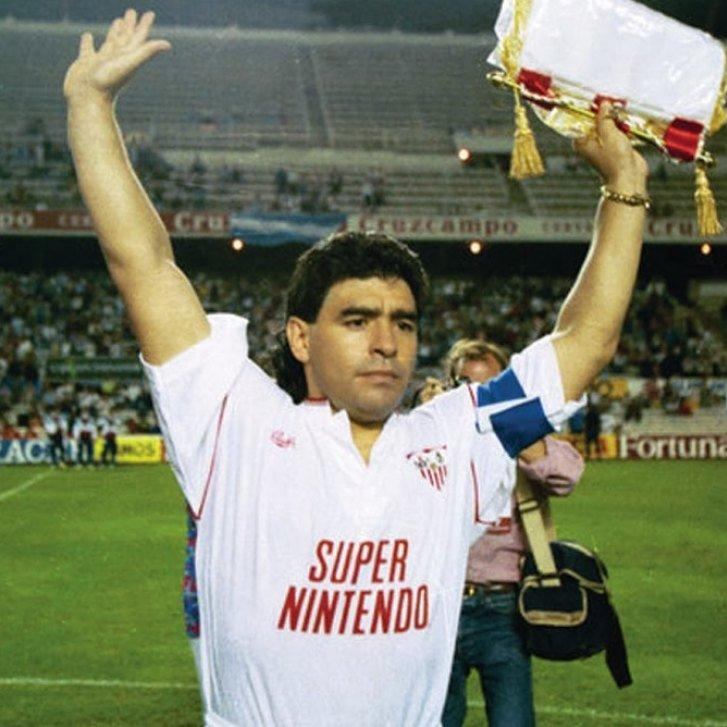 Yet another one year stint followed back in his native Argentina with Newell’s Old Boys, before he finally returned to don the colours of Boca before retiring in 1997.

Turbulent years off the field may have followed since, but even in retirement, Maradona never faded from the spotlight, showing up for the fans that adored him across the world and supporting his beloved Argentina, even taking them to the 2010 World Cup.

Diego Maradona’s career included exhilarating highs and excruciating lows, magnificent goals and iconic shirts, and it is certainly a career that any football fan will never forget. 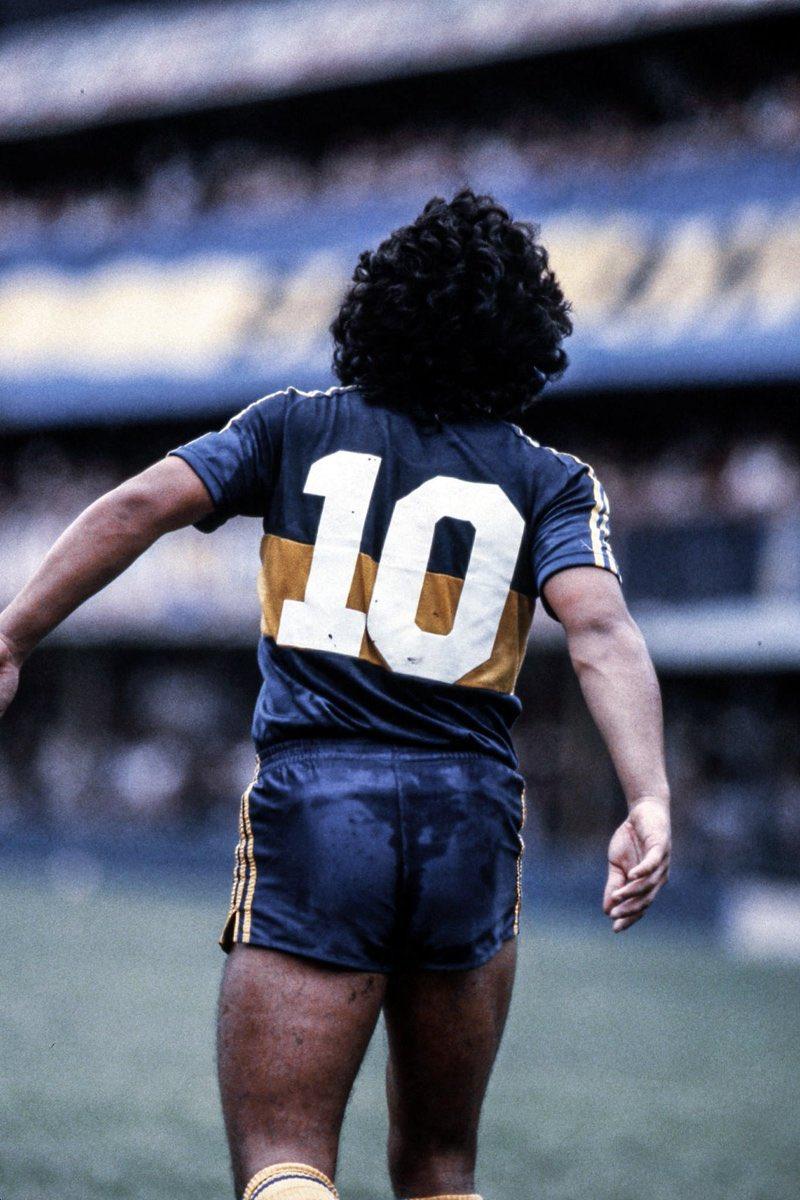 Kit of the year